i wasn't really aware of it until i got some raw wool for spinnning.

and by "raw wool", i mean the shearer took it off the sheep and a guy i know put it in a bag.

so i washed some of it experimentally. 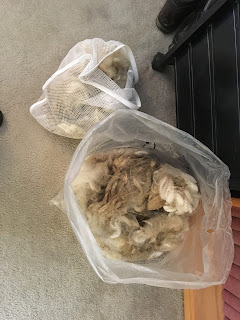 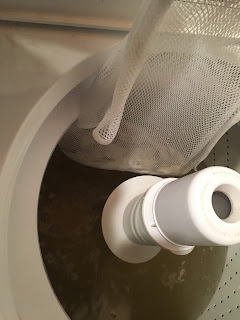 some days ago i was part of a conversation that included talking about dressing for cold weather. the crowd was mostly men, so i thought it would be funny to suggest maybe not wearing a bra, which is actually a thing because air circulation around your core, and the possibility that a bra will trap moisture.

granted, sports bras are supposed to wick, but i haven't met a ONE of 'em that doesn't trap enough moisture to make me feel cold.

plus if i'm wearing winter layers or doing anything that requires a lifejacket, there's not so much need.

and this one guy in the conversation stopped to ask me if the thing about bras in cold weather is really a THING.

and i told him that if you are doing safety checks in a group that includes women, it is appropriate to ask if their bra still feels dry.

and he said he felt it was important for him to know, because he is raising a daughter who is going to be an adventure woman.

getting stuff off my desk

goodness gracious, i need to close some tabs, so here's some stuff i saw that i liked enough to think i wanted to tell you about it.

are you a fan of besty deVos? i'm not.


and just as a reminder, boys and girls: if you have power over another person's career, don't be so sure that sex is fully consensual. i'm not saying it can't be, but you're better off if you don't presume.


there's nothing one can really say about this:

i imagine you probably want to rise your eyes out now.

yesterday a bunch of us from the blue team (#ingressresistance) went out into burlington to make a really big starburst.

oh my goodness, that was fun.

and it's pretty, yeah?

march: comes in like a lion and goes out like a sack of enraged weasels trapped in your pants. 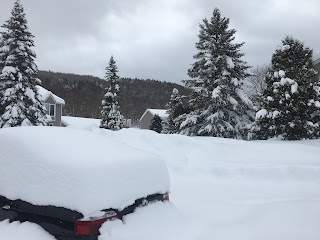 in the early hours this morning i got my black guardian badge (#ingress resistance!), which is kind of a big thing, because it means you've controlled a portal for 150 consecutive days.

it's hard to get, but it's not a badge i particularly love, because most of the badges are as a result of things you did, like capturing, or recharging or glyphing and this one is simply as a result of not having something taken away from you. it's not so much a badge you get as one that happens to you.

but as i got close to getting mine, i got kind of excited anyway.

now there are asshats in the game who will actually hunt down your guardian by means of illegal data scraping and they will kill it just for the sake of killing it. it isn't strategic. there's nothing you get from the badge besides a shiny thing. it confers no powers, but there are asshats who will hunt yours down and keep you from getting it because they're THAT kind of person.

"hi. there's no reason for me to do this to you other than it gives me pleasure to take something from you. i'm an asshat. have a nice day."

so i was sort of expecting a guardian hunter to come looking for mine, because they do that.

now unless you keep a database, it can be really difficult to identify your OWN guardian, let alone other people's.

which is why is was so weird (and yet not unexpected) that creepy stalker guy would send me a message on the last afternoon of my guardian's clock to "congratulate" me without saying what it was for.

i hadn't done anything. i hadn't gotten any badges or captured anything. the only possible thing was a reference to the guardian that wouldn't tick over for another twelve hours yet.

so creepy stalker guy reached out to me from the other end of the country just to let me know he's watching me.

oh, gob. we all had a laugh over THAT.


ewwww. he what? hahahahahah!

well. that takes care of march.

i think i told you that my goal for the year is to go camping in every month.

november and december are pieces of cake because of thanksgiving camp, but january, february, and march are kind of more difficult.

there was a good weather forecast for this past weekend (meaning overnight temperatures over 20) so i went ahead and got a permit for camping at kettle pond.

in vermont, even though the state parks are closed in winter, you can camp in them legally if you have a permit. it's free, but you do have to pack in/pack out.

the packing out part becomes serious if you want to stay somewhere that uses plumbed toilets instead of composting toilets, because then you have to pack your shit out.

i can do that, but i'd totally prefer not to.

but then i was thinking about the remote sites in groton state forest, which i knew from accidentally coming across them while geocaching, and they have composting toilets!

so away we went.

barb came with me for her first real winter camp. she came out for a night at thanksgiving camp when it was colder, and we camped at somerset landing in the fall when it was 15 degrees and windy, but it's a little different when you have to pack all your stuff out in snow and prepare your shelter.

sometimes i get a muscle spasm deep under my shoulderblade.

it's not clear why this happens, but it has happened to me occasionally since my teen years. getting one of these things has meant a week or three of pain and more pain, because although the muscle (nobody knows precisely which one) is small and hidden, when it gets grouchy, it gets inflamed and the inflammation spread to other muscles and impinges on nerves and then of course i don't sleep well so it's a nightmare death spiral.

some twenty years ago i discovered flexaril.

take one and sleep a night. spasm gone. worst case, it takes three nights to be all better again.

i have since kept a bottle of the stuff around just in case.

last week sometime i got a spasm. not bad enough for the flexaril, but i have some, so no worry, right?

and then sunday it was TIME for the flexaril, only i couldn't find it. there was a lot of searching.

i finally went to my doctor, who said roughly "whoa, this hasbeen going on a week? that's messed up. here's a script. also a referral to PT"

the PT said "if you can be here in twenty minutes, we can see you today"

then he said, "yeah, take that flexaril when you get home. take it easy and settle in with a heating pad"

i am feeling kinda stupid, but it is a fairly pleasant afternoon.

still uncomfortable, but i am looking at the end of it.

so i went to the saratoga mission day, which is an ingress thing.

basically it's just all the players crawling all over a city to do missions, which is a collection of portals that gives you a pretty shiny badge.

sometimes the badges can be arranged to make a nice picture. this is called a banner. 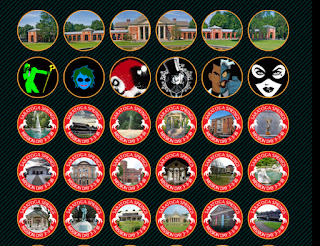 the red ones are the 18 missions for the mission day. the layer above that is a set of batman villains that go together, and the top layer is the banner mission for the hall of springs.

completing six of the 18 missions earns you a shiny digital badge later, but it also earned us a fancy shiny PIN! 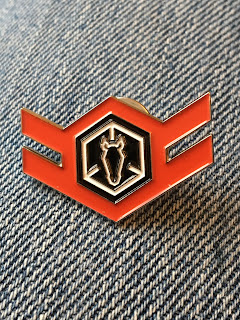 and get this- completing the batman set got us a fabulous challenge coin. it's based on the harvey dent coin (which means little to me since i've not seen any batman movies, but i get the concept and it's cool). 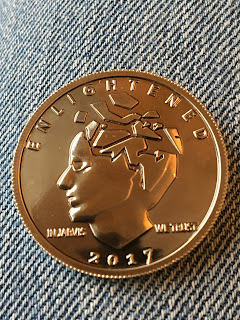 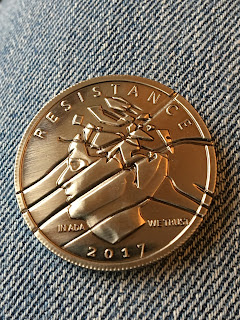 back in december at a scout meeting we made "gingerbread" houses out of candy, icing, and graham crackers.

it was fun to watch the girls' different approaches to construction.

there weren't any building requirements or prizes being given, so every approach was a valid one.

me, i was about engineering. 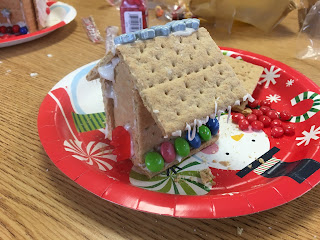 a day in saratoga

hey, hi. i've gone to saratoga for the day, so i've decided to link you back to an old post about a day in saratoga.

because i'll be visiting the old red spring, but i won't be filling my water bottle this time.

oooh. i'l be visiting some of the other springs, so maybe i will bring a cup.

so. i have branched out from spoons to hiking sticks.

here's one i made for my brother in law. 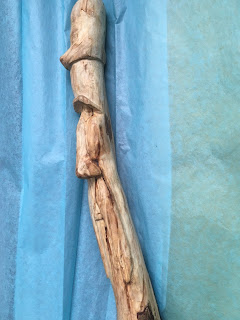 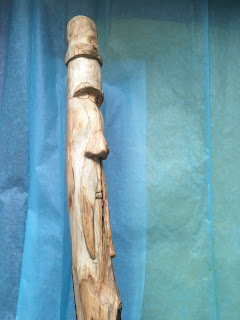