so i told mb i was going to get a boyfriend for valentine's day.

to her credit, she thought this was very funny.

well, i needed someone to smooch for valentine's day and i told all my friends i wasn't fussy about gender. step up, boys and girls! i said.

and this guy whom i had never met stepped up to be my fake boyfriend and there was a lot of farting around getting him a ride and i ended up picking him up from someone who had given him a ride halfway at six freakin'-thirty in the morning out in the nowheres.

WHY?  you are probably asking.

and you would be right to ask.

so, so a half day lift ticket at mad river glen is $49 and you have to start at noon, which is not so good for me because with my knees i need as much groomed terrain as i can get. but on valentine's day your full day lift ticket is $14.

IF - and that's a big if- you bring along someone to smooch in the ticket booth. no kiss, no discounted lift ticket.

so i brought along this guy, my fake boyfriend.

and we had to kiss three times, because the first time we forgot to have the ticket man take a picture and the second time the picture didn't come out, but the third time was all good. 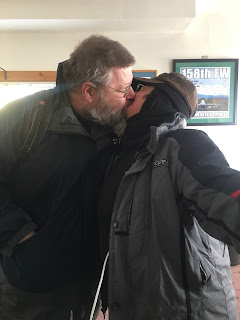 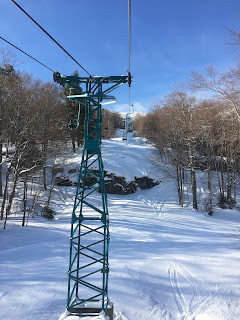 and here is the view from stark's nest at the top: 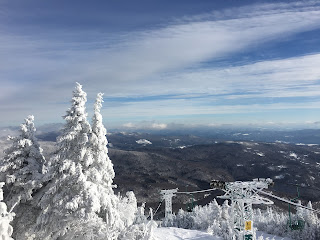 i had never skied mad river, so i feel i have now completed a rite of passage.

here's a video about the preservation of the single chair.

do you see what's wrong with this? 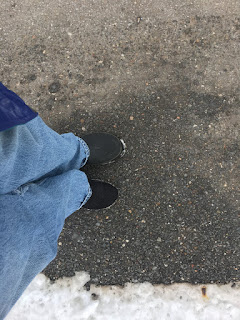 i was out of the house maybe five hours before i noticed myself.
Posted by flask at 15:13 3 comments: 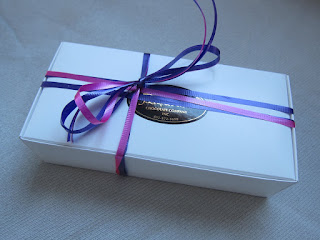 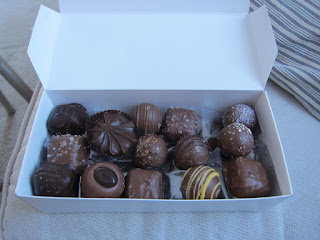 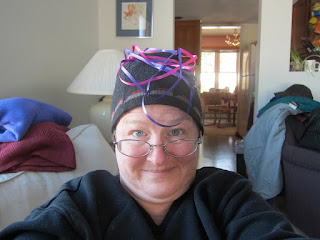 what's in the box?

here's a thing i threatened to tell you about when it happened, which was about two years ago.

i got a package in the mail with some little gifty things but the most awesome thing was this little box, made by my little friend flurgh.

it is decorated with imagery from out still beloved and much missed game glitch, and it contains a little hat of the style flurgh used to wear in the game. 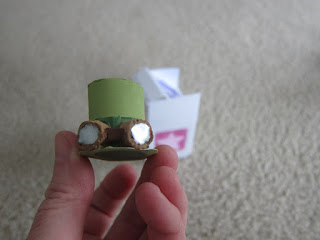 i haven't forgotten you guys.

it's just that playing ingress has seriously disrupted my daily routine and now sometimes i leave the house to go play before 0400, which used to be my best blogging hours and then when i get home i'm kind of cold and tired so i do only things that allow me to lie on the sofa.

yeah, i know, it's sort of a lame set of excuses, but here's a pretty picture i took for you while i was out playing.

this is the williston overlook.

it's also my first pano with my new phone.

used to be i had to stitch together panoramic shots the old fashioned way but now phones just DO that.