stories of the eclipse are SO last week, but i just got home from the campings and i'm showing you my pictures now.

i went to the viewing party at the deborah rawson library in jericho, which is one of vermont's fantatsic little libraries. i have talked often about rural libraries in particular and libraries in general, and it's still true that it's libraries that get you hooked up with the good stuff.

in this case the rawson hooked us up with eclipse viewing glasses, some other viewing gear, and jack st. louis, the president of the vermont astronomical society.

it was one of the loveliest parties i have been to in some time. astronomer guy brought a telescope he had rigged with a funnel and a piece of rear projection screen and it was cool to watch on that. 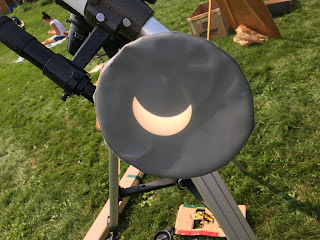 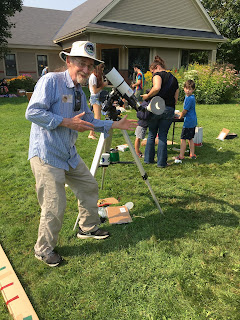 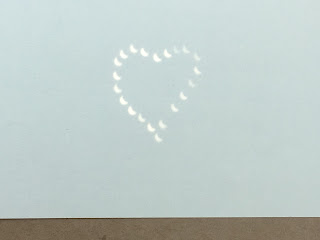 here's a little pinhole projection i made.
Posted by flask at 06:00