i accidentally went camping. it happened like this: barb called me up and asked if i wanted to go paddleboarding and i was all like "oh, no. i would be sad if i was there but not camping" but the ranger was holding a site he said i could have so there was no reason NOT to be camping.

one night, right? yeah, ok. it turned out to be a week, but i had time to botanize.

so i drew a map of my campsite, and attempted to identify as many of the woody plants as i could. 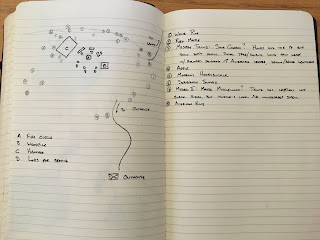 1) white pine. these are not hard to identify. there were eleven of them in and around the campsite.
2) red maple. these are also not hard. (3)
but then we get to
3) MYSTERY THING. 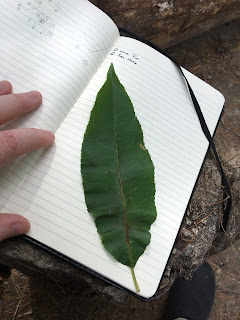 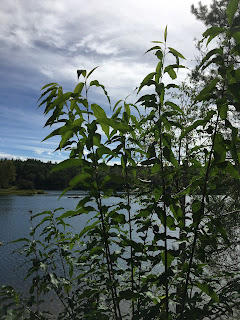 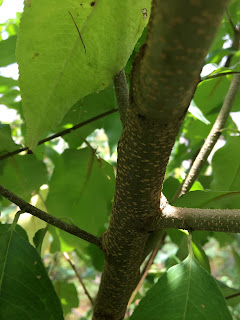 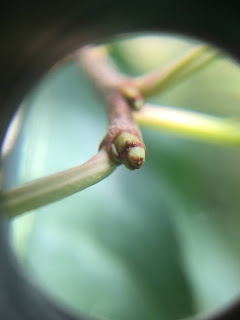 it's maybe a sand cherry? i spent most of a day going back and forth about it and sand cherry is the best fit. it looks cherry-like, but it lack the cherry smell and it's maybe too shrubby for sand cherry.  if you guys know what it is, i'll be delighted.
and then there are
4) THE APPLES. this whole area is ancient orchard. there are nine apple trees of at least two varieties in and around the site and dozens more up the outhouse trail and beyond the botanized area.
5) morrow's honeysuckle, one big patch of it, and more patches in a lot of places just outside the campsite. 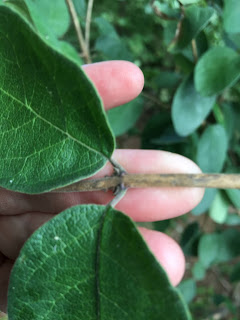 6) staghorn sumac, young, a few of them, and only at the sandy border where the land drops into the lake. 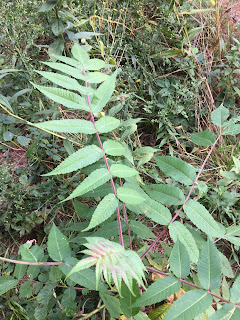 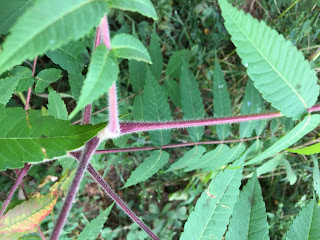 7) MYSTERY II: belongs to the birch group. maybe musclewood? it doesn't really fit what i know. trunk has lenticels like black birch but is muscle-y. and no birch smell. the trunk shoudl either look more like a musclewood or it should have a birch smell. i hate this. 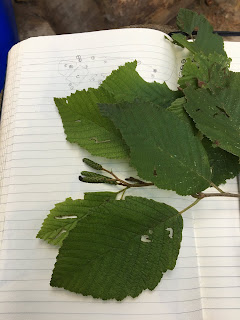 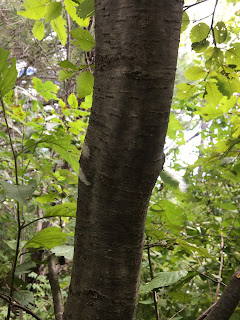 and then there were
8) american elms, five of them.
there ya go.
one campsite, one week. harder than i thought.