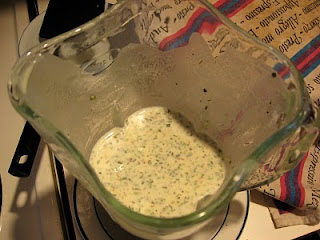 sometimes dinner at my house is a simple affair; sometimes not.

this time not. i thought i'd "whip up a little something", which in this case means a batch of crêpes marie-patrice, an  herbed saffron crêpe stuffed with asparagus spears, roasted red pepper, and palm hearts, served under a sauce almost but not completely unlike hollandaise.

here's the crêpe batter; you have to let it rest a while in order to let the saffron develop in it. 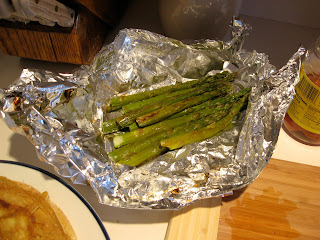 it helps if you roast the asparagus a day ahead of time. 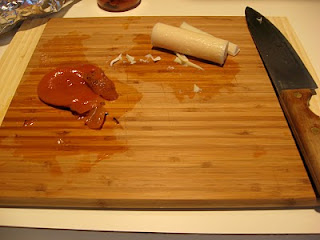 vegetables on the cutting board; peppers and palm hearts. 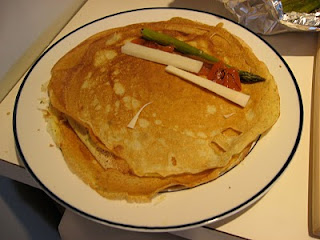 some of each in the crêpe... 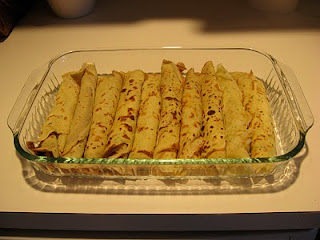 ...and you roll them right up! 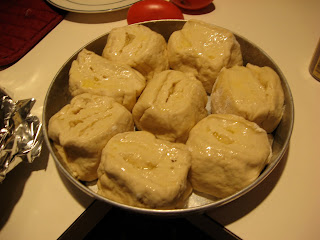 meanwhile, on the other side of the kitchen, bread dough is in for a second rise. this one is called "short stack"; instead of vegetable oil i have used butter, and instead of sugar, i have used grade b maple syrup. i made most of it into loaves, but split-layered these and made them rolls. 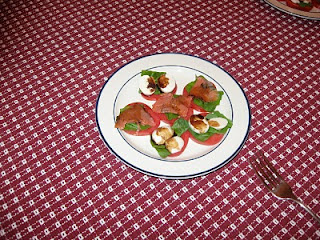 this is just an insalata caprese variation, with smoked salmon instead of cheese on half the tomatoes. 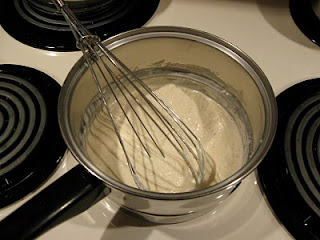 the last thing to be done, of course, is to make the almost-but-not-entirely-unlike-hollandaise sauce. 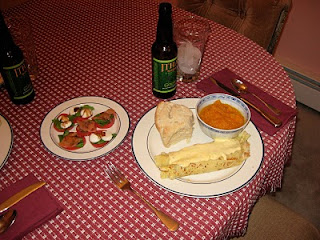 and it all looks very pretty on the table.
oh! did i fail to introduce you? something halfway between a soup and a purée: carrot, squash and ginger.
and a bottle of a very fine ginger beer that i brought back from pilgrimage.
Posted by flask at 17:41

Where are you getting these recipes?! My mouth is watering. It all looks wonderful.

i make them up!

stay tuned; i'm whipping up a little something this week, too.