last week when i got it into my head to bring a hot lunch to a crew working the power lines, i needed something i could toss together pretty quickly and on the cheap.it turned out pretty well. nothing, fancy, but good tasty and filling and most importantly for the linemen: hot.

here's how you can make your own:

take 2 cups of cooked rice (it is way better if you cook it in stock or something or even throw in a bouillon cube) and dump it in a big bowl with a can of diced tomatoes (plain or flavored) and a couple of cans of beans. use whatever cans of beans you have in the house. i used red beans in sauce and black beans. toss in half an onion, chopped. then put in cheese. the amount of cheese i used was however much i had in open packages. mix in some taco sauce or salsa or something. i used all the taco sauce i had left in two jars of different brands. and then for good measure i put in some chunks of cream cheese, whatever i had left in a block of it.

what i'm saying here is that this is not a very fussy casserole.

then toss it in the oven until it's all hot and bubbly. again, since al the ingredients are cooked already, this is not a critical measurement. 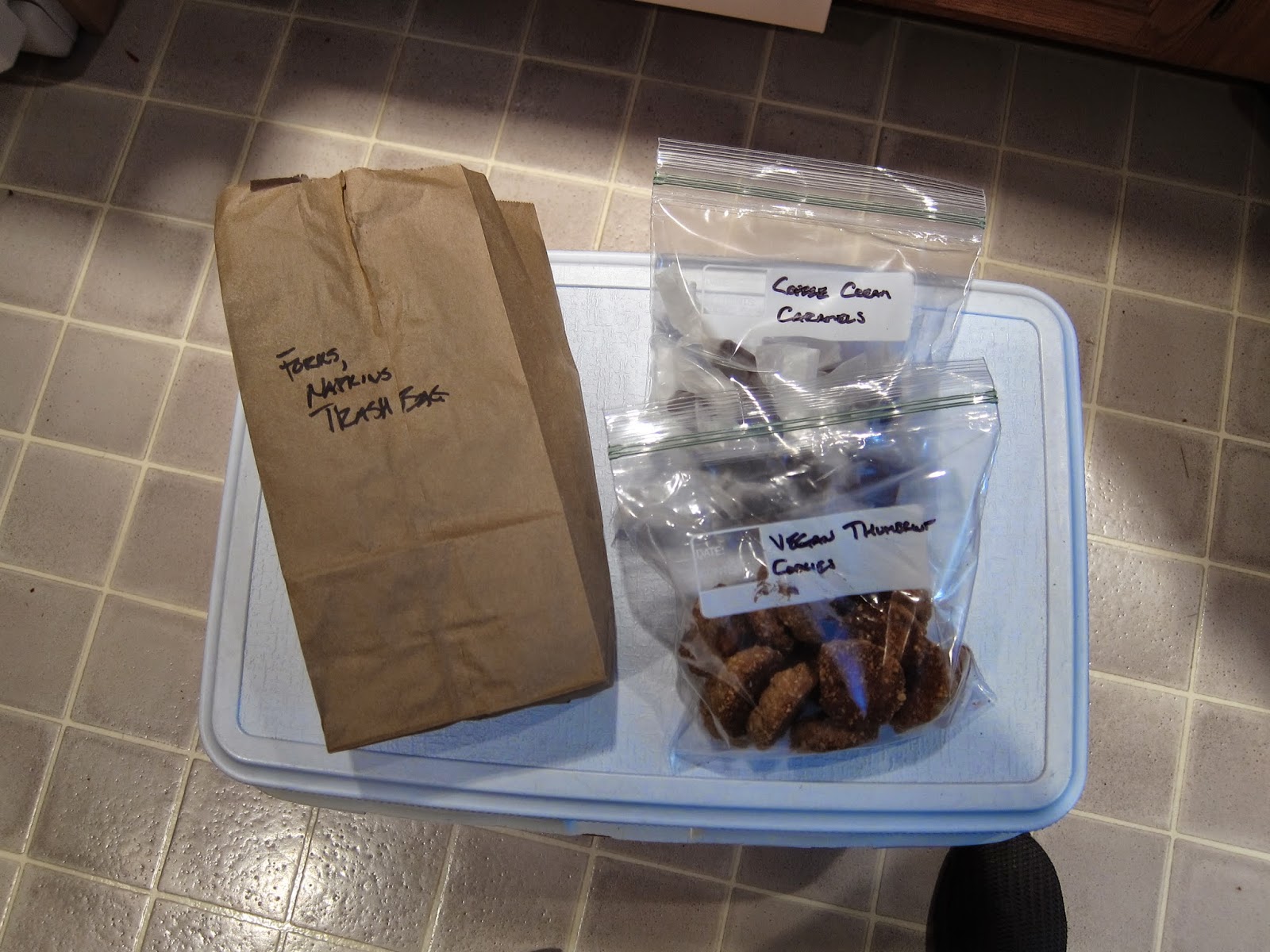 anyway, if you're serving it to linemen, put eight large serving in bowls and cover them in foil and put them in a box cooler which you have filled with hot packs and insulated with a bath towel. then drive it over to where they are working with some forks and napkins, some cookies, and some handmade caramels.

if you're eating it at home, just put it in dishes and eat it. it's reasonably good.

The casserole sounds delicious (I would have to leave out the cheese, maybe put in some ground meat instead?)

I think that was a brilliant idea of yours. Did they ask for your name and house number so they could give you special service if ever you needed their help?