a couple of weeks ago i was up on bald mountain, which is up in the northeast kingdom.

there was a little bit of snow on the ground, but now so much that you could wear you spikes, because spikes aren't so good on leaves and rocks.

most of the way up i might could have ridden a bike, but hoo-boy! that last half mile or so gets TILTY and it's hands and feet climbing.

and then of course when i got up to the top it was cold. not just cold, but the kind of cold where you pronounce it with two syllables: co-old.

i was up there to look for a geocache that i really NEED and it was so cold up there that all of a sudden i was seized with the fear that i would die if i didn't go into that little cabin and make a fire.

it maybe wasn't strictly true, but once a long time ago i was on a mountain and nearly froze to death, so i'm a little sensitive about it.

but the thing about lighting a fire in the cue little stove is that once you've committed enough of the existing wood to making a fire, you are committed to replenishing same, and that takes time, plus you can't just decide you're warm enough and decide to leave.

i quick calculation of the situation revealed that if i was going to devote enough time to making a toasty fire, i was going to be spending the night, because by the time i got down off the mountain AFTER that, there just wouldn't have been enough daylight to go somewhere else, so why bother going down until morning?

if you take the strings of actions to their logical conclusions, you get only two choices: build a fire and stay the night, or GO THE HECK DOWN.

i searched some more for the geocache, but it was VERY windy in the tower and sometimes you just have to accept that you've hit your hard turnaround, whether you have been successful or not. 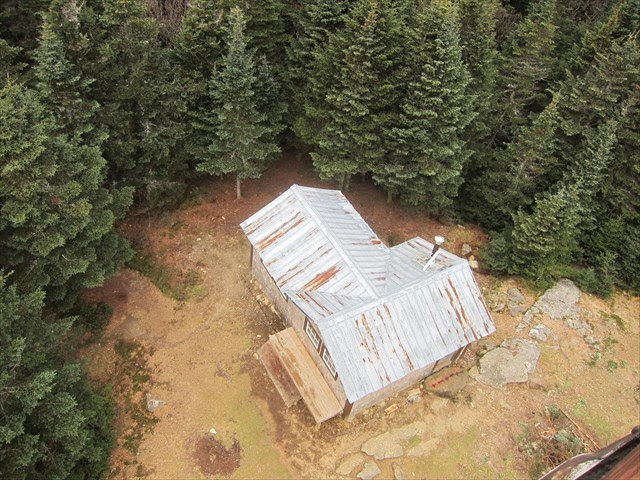 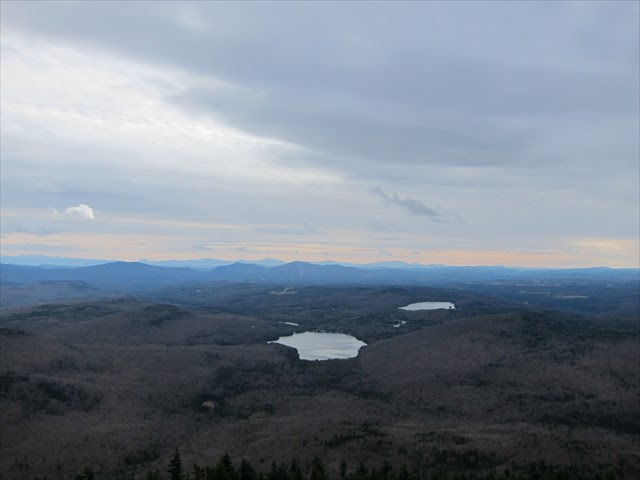 Isn't because one is shivering that one pronounces cold with two syllables?