this land is my land 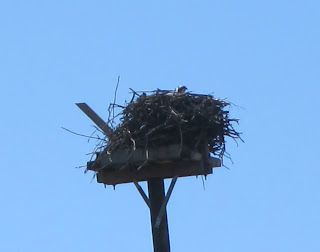 i stopped by the side of the road  to look at some ospreys in a nest. 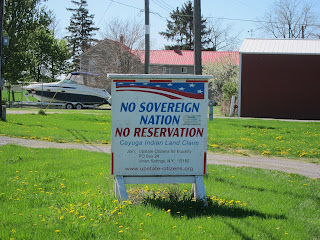 but up and down this stretch of road, beside all the historical markers, there are a lot of signs in that classic "real patriot" red-white-and-blue that every grabby hatwipe who wants to exert dominance uses: let's wrap ourselves in the flag and everyone will understand that we are the true heirs to everything good.

oh, am i slipping my bias here?

here's a word about my bias. when i am trying to learn about a thing, especially a controversial thing, i take in a lot of stuff from as many sides as i can read or listen to. if i find a source that seems to be making a reasonable claim on a controversial issue, the first thing i check for is WHO is making the claim and HOW they will benefit.

bias and self-interest does not make you a liar. it makes it important for you to be fact checked and carefully considered.  here's a thing about how i understand your side of the story, though: the more charged language you use, the more dog-whistle racism you incorporate into your argument, the more you fall back on patriotism, the less i trust you or your thoughts on the matter. 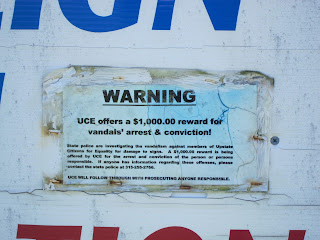 here's my basic position on the history of indian affairs in this country in a nutshell: we, white people of european descent (and nevermind that my specific ancestors got here too late to be a part of it, because i was born into a relative position of privilege because of it and am therefore a beneficiary regardless of choice) anyway, we, white europeans came to this continent and systematically took the land from the people who were already living here. in many cases we signed treaties with those people, which we then broke. if those people did not like our treaties, we simply destroyed their villages and took their land and pretty much did everything we could to obliterate them and their culture while still keeping the interesting bits for ourselves.

now, it just wouldn't do to simply give back everything we took. it's just not a practical solution and it does not take into account all the people who are living here now.

but the fact remains: we created a system in which whole nations of people were placed at a tremendous disadvantage in "our" new territories and it isn't sufficient to simply say "oh, let's let bygones be bygones and go forward as just one people" because the people who have taken the advantages are asking the people who got shorted to just accept their disadvantage and live all as one nation.

you and me, pal. except i'm going to keep all this stuff i got and you'll have to figure out for yourself how to get out of the poverty i placed you in. but it's no big deal, right?

i don't know what the equitable solution is. i don't know if it's even possible to right four centuries of wrongs and not create a pile of other wrongs.

but i bet that somewhere between "give back all the land and all its proceeds" and "don't give up anything" is something of a fairer solution that will help remediate the systematic disadvantage of one group without imposing too badly on the convenience of the group that created that system.

it's not even as simple as "we took all their land" and either feeling ok or not about that.  it's complicated a little by the french and indian war (which some people have called the ACTUAL first world war because it was the first war to be held on a global scale) and the indian tribes sided with the warring europeans and colonists variously according to their own interests.

our histories treat them largely as if there are "good" indians and "bad" indians, but really they were people making alliances according to their own agency and a lot of the iroquois, including the cayugas, sided with the british, which is probably why the very fact-based tribal timeline does not mention the sullivan expedition, in which major general john sullivan and brigadier general james clinton brought an army into central new york to drive out the cayugas and senecas and destroy all their villages and farms.

so if you are there, you are standing on a spot where modern day controversy sits squarely on those physical historical locations.

let's look at some of the things that are written about it.

first, the cayuga nation's listing of its claims. it's probably the most reasonable in tone, but it is asking for something. it is asking for rights under the law that we all know will result in some discomfort for some of their white neighbors.

then there's this organization that's trying very hard to look like a neutral "informational repository for issues and documents concerning the cayuga indian nation land claim in cayuga and seneca counties", but the second paragraph of their history contains these words:

Generations of innocent landowners purchased and improved the subject land, paid taxes, and built businesses and schools. Local municipalities and the state spent millions of dollars on infrastructure improvements.


see, whatever merits their argument may have is already predicated on the notion that the white people occupying the land are "innocent landowners".

if you kids aren't going to just stick to the facts, i don't want to hear your inherently racist claprtap.

but the real prize winners here for running around flapping their arms and screaming about the coming doom! DOOOOOM! are upstate citizens for equality, who are responsible for all those handsomely appointed signs.

If you were to be injured on Indian Trust Land, you would not be able to sue the tribe for damages. The tribe would not have to pay State taxes, but they would continue to benefit from State services. Tribes could open brothels or engage in any business whatsoever without State approval. Once land is taken into trust, there is very little possibility of that land ever going back under State jurisdiction. This is a VERY SERIOUS problem that your government is about to create!


Although this action may have dire effects on the retailers that are marketing this form of illegal tax evasion, it does not entitle them to any consideration. Do we provide compensation or retreat from enforcing existing laws on drug dealers or money launderers because such enforcement will effect their earnings?

Compiled by Harry Pettengill, Jr. UCE Historian
NEW YORK STATE IS NOT THE INDIGENOUS HOMELAND OF THE IROQUOIS AND IT CAN BE PROVEN BY BOTH WHITE MAN'S AND IROQUOIS' RECORDS

oh. my. gawrsh.  IT TURNS OUT THAT NATIVE AMERICAN TRIBES HAD WARS WITH EACH OTHER, SO ANY TREATIES THEY MAKE WITH OUR GOVERNMENT ARE VOID! THEY FOUGHT WARS! SO WE GET TO TAKE THEIR LAND! THAT'S THE FAIR THING!

GET THE FACTS ON UCEWHAT IS UCE?Upstate Citizens for Equality (UCE) is a growing, not-for-profit corporation composed of concerned citizens that stand against discrimination, and supports the continuation of free enterprise and equality in our communities.

let's all go wrap ourselves in the flag and tal about unity and freedom for all. 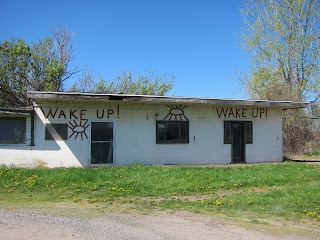 Second, I would have imagined that this crowd would have a pretty strong overlap with the tort reform crowd, so I am confused by their apparent hypocrisy around the issue... oh, wait... never mind.

OK, three things....
I think your post is a great starting point for a conversation. Certainly, the history has been full of strife, and there are probably quite a few possible paths to an equitable solution, but the extremes don't seem to be the place to end up.