a long time ago


last month  i saw this really cool thing: pertroglyph faces carved by the abenaki. there is some disagreement as to whether these carvings are 300 years old or 3,000 years old. let's just say they're old.

and you can find them if you're looking; they are right downtown. they're on the register of national historic places.

but they have a restricted address. the national register doesn't want  to tell you how to get there, and the abenaki would just as well have the site be left kind of quiet. nobody minds if you take yourself there and have a look, provided you're respectful and don't mess anything up.

which is interesting, because at some point the DAR hired a rock carver to deepen the carvings, so what we have to look at today aren't the originals, but they're a supposed facsimile and the abenaki consider them legitimate. 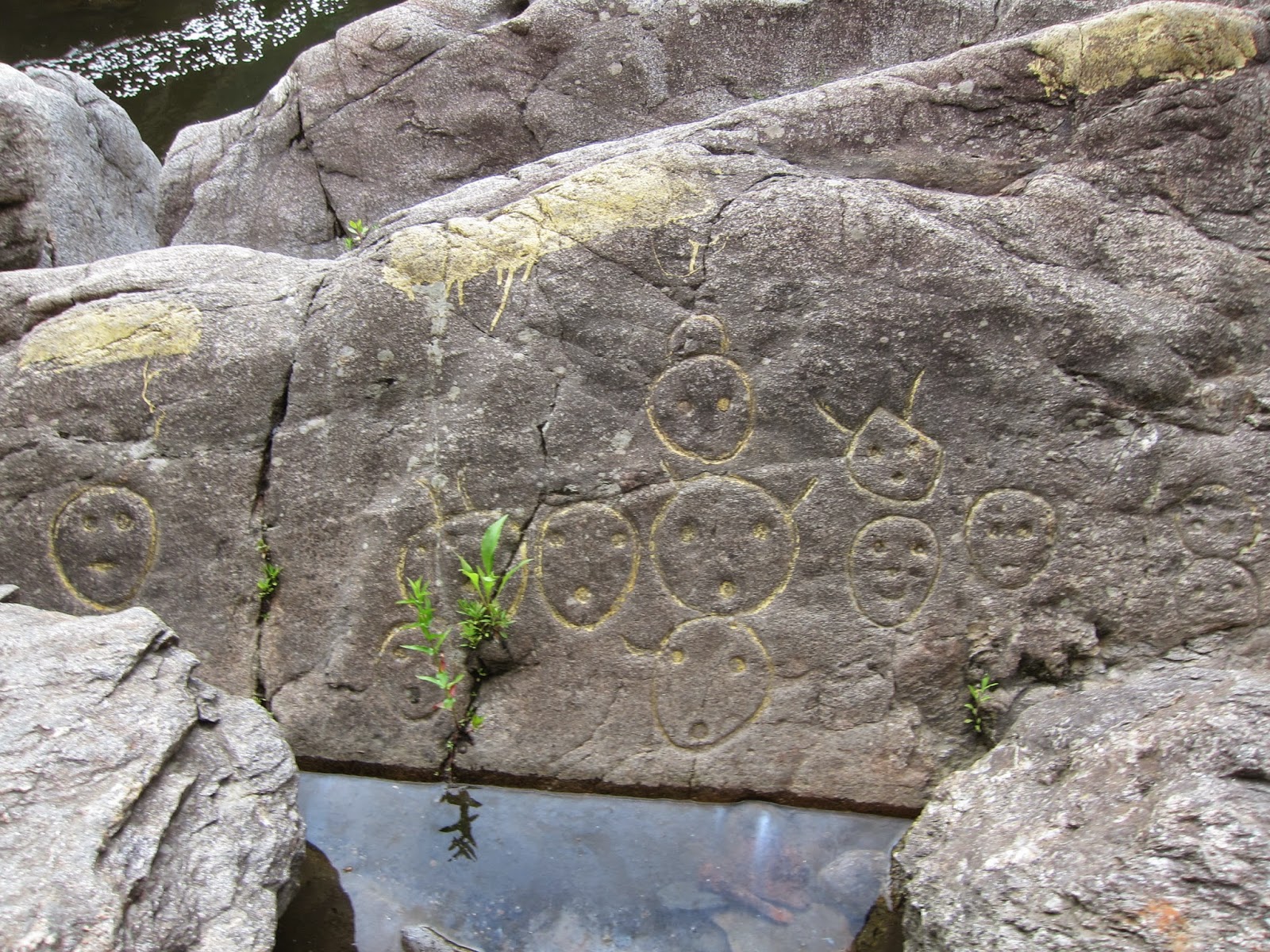 so they're not so much the archeological real thing, but they're very close. 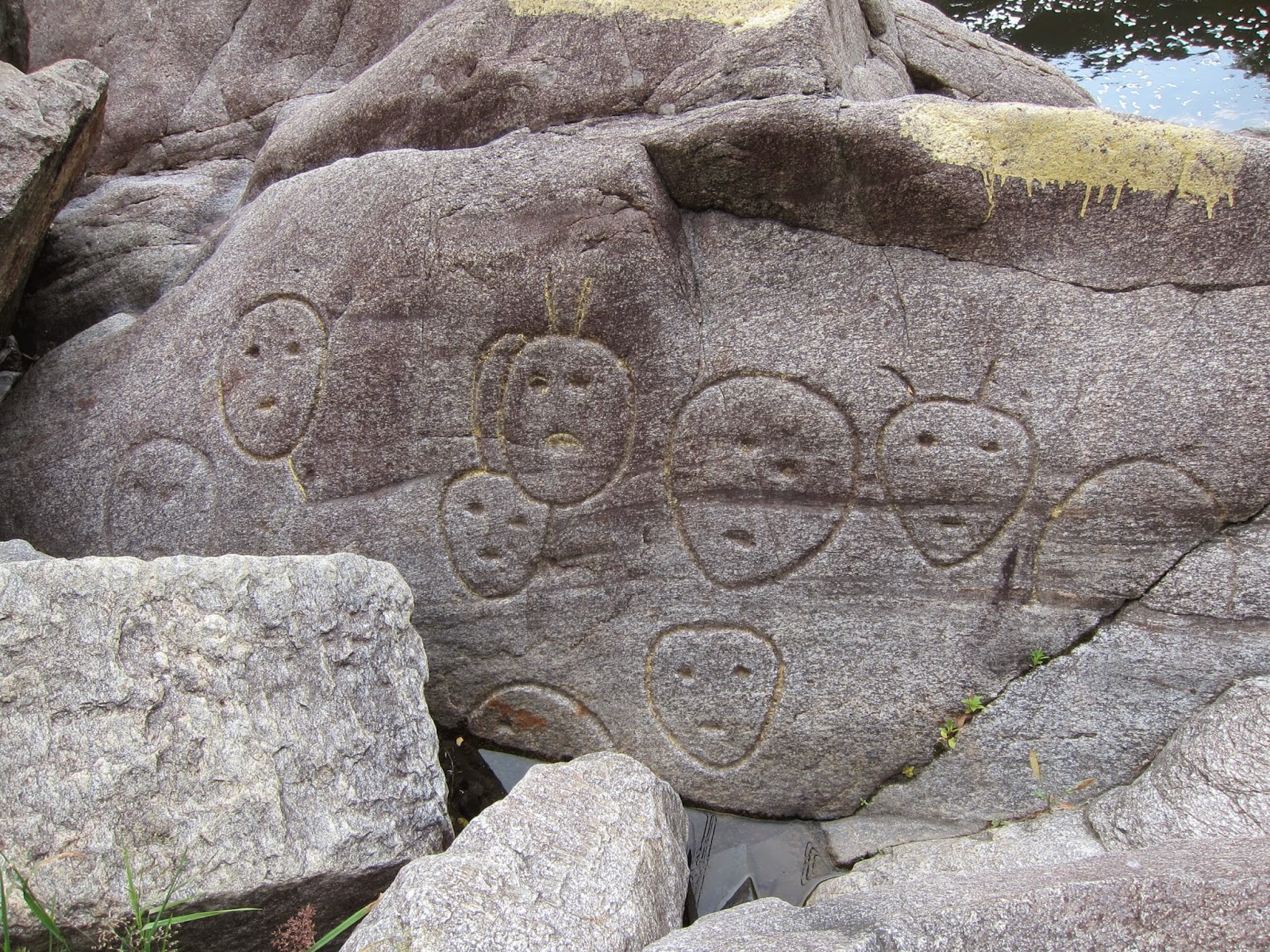 some of your tinfoil hatters like to call them evidence that aliens visited north america in the precolumbian era, but a great number of sensible people just see the faces and think: huh. apparently this is a representation of some kind of face as done by local people before white settlers came.

it may or may not depict an antler headdress. 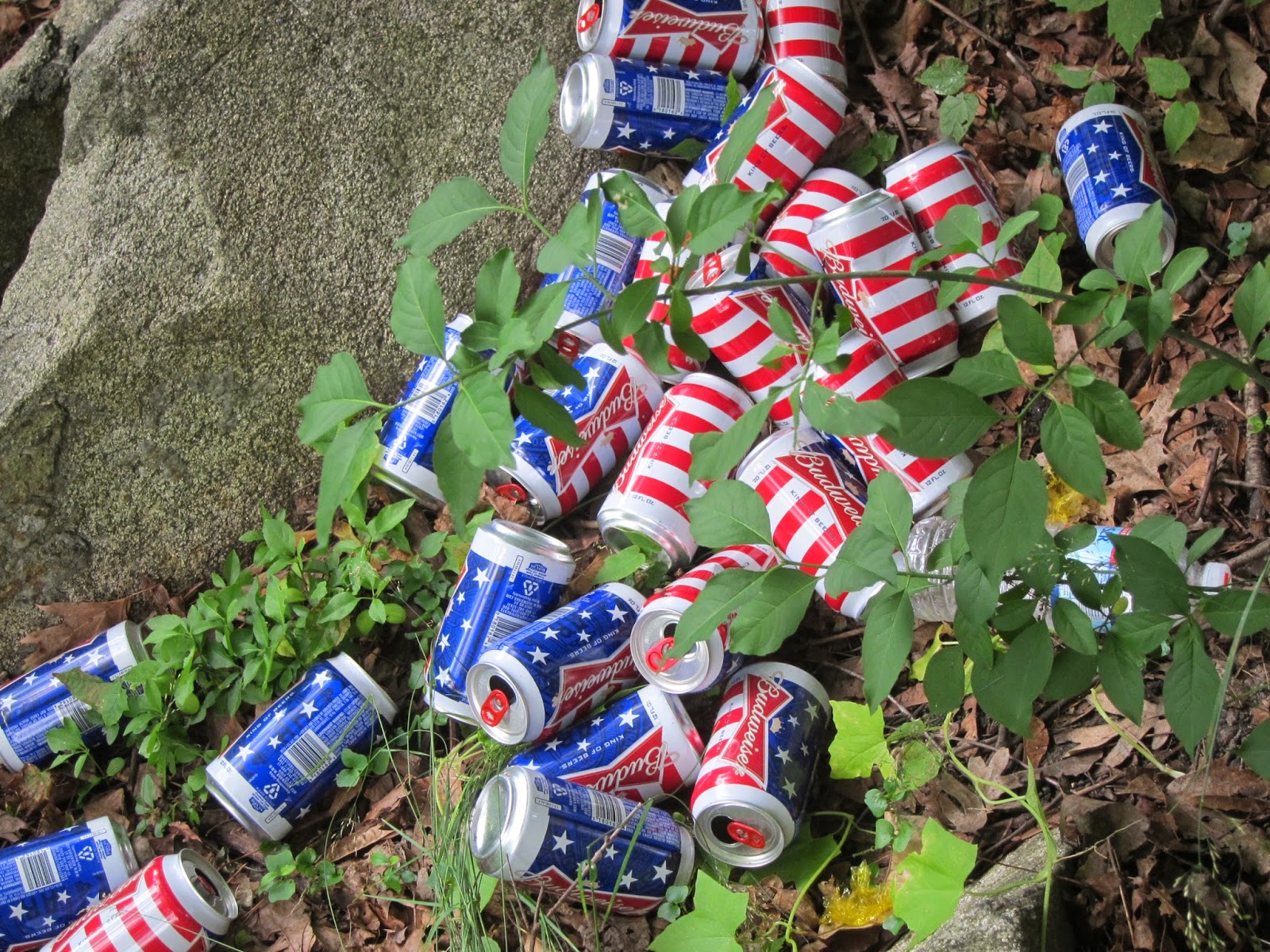 the faces may have some ceremonial significance, or they may just be evidence that fishing was slow one day.

i'm ok with not knowing.

one thing we know for certain about the site is that people still fish there, and local kids toss their beer cans nearby.

this past july fourth weekend some kids (i'm assuming youth) threw a crapton of empty fourth-of-july budweiser beercans there, which i think is kind of emblematic of the larger issues.