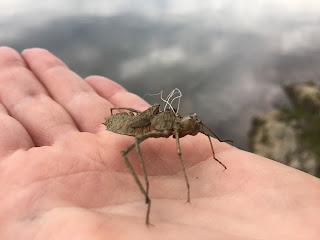 me, i think wow. something really cool apparently just molted. i better find my camera.

and then a day later i found another one of these things: 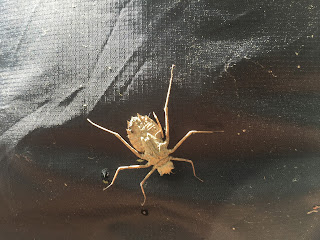 i had no clue what it was. maybe you're an entomologist or a junior entomologist and you know right away, but i broke out the field guides and everything and it took me forever to identify this thing because it is not the adult insect. it is the nymph stage of didymops transversa, the river cruiser dragonfly. the empty casing i had found is apparently called an exuvia, which is the term for the molted skin of an arthropod.

it sort of makes me cast a side eye at this line of beauty products. that's really not where i'd go with the naming, but what the hell. i'm no beauty consultant. "here. put this on your face. it will be like when a spider molts."

the thing about it, though, is this is an animal who has lived underwater for a few years. it has come out onto land to shed its skin and become a strikingly sleek adult. it will be fierce and streamlined and have the power of flight. there isn't a practice period; it just cracks open its old skin and steps out, transformed.

if i had known who you were, i would have paid closer attention to you. 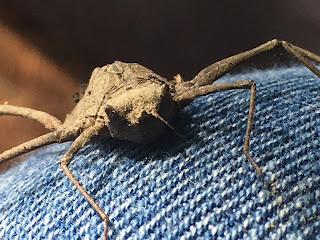