it also has an active beaver and rather than leave a bunch of beaver cut wood all over the place i decided to make a table because of course i did.


basically i had to build it twice because i started building it in november with cheap twine and then tore it down to start it with bank line and only finished it just before i left camp after memorial day.

the top of the table incorporates logs that i split BY HAND with a ranger knife, baton, and wedges, so yay, me.

this first pic is the table with only half the top places (not tied) so you can see the bracing underneath. 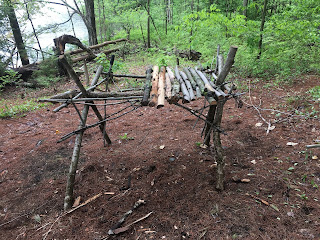 and here's the finished table. it's designed to hold your stuff flat on a slopy hill and also to have a lot of places where you can hang stuff. 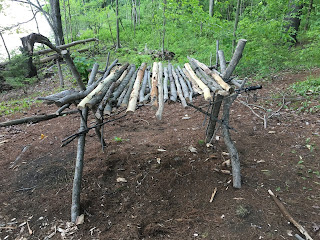 and here it is with some heavy bags on it! 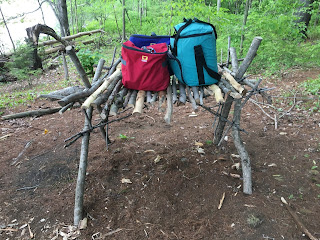 and of course i signed it. 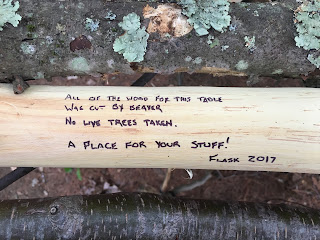 all of the wood for this table
was cut by beaver
no live trees taken.