back in may i was passing through lamont, ny, which is barely a tiny dot on the map in the northern corner of the town of pike. 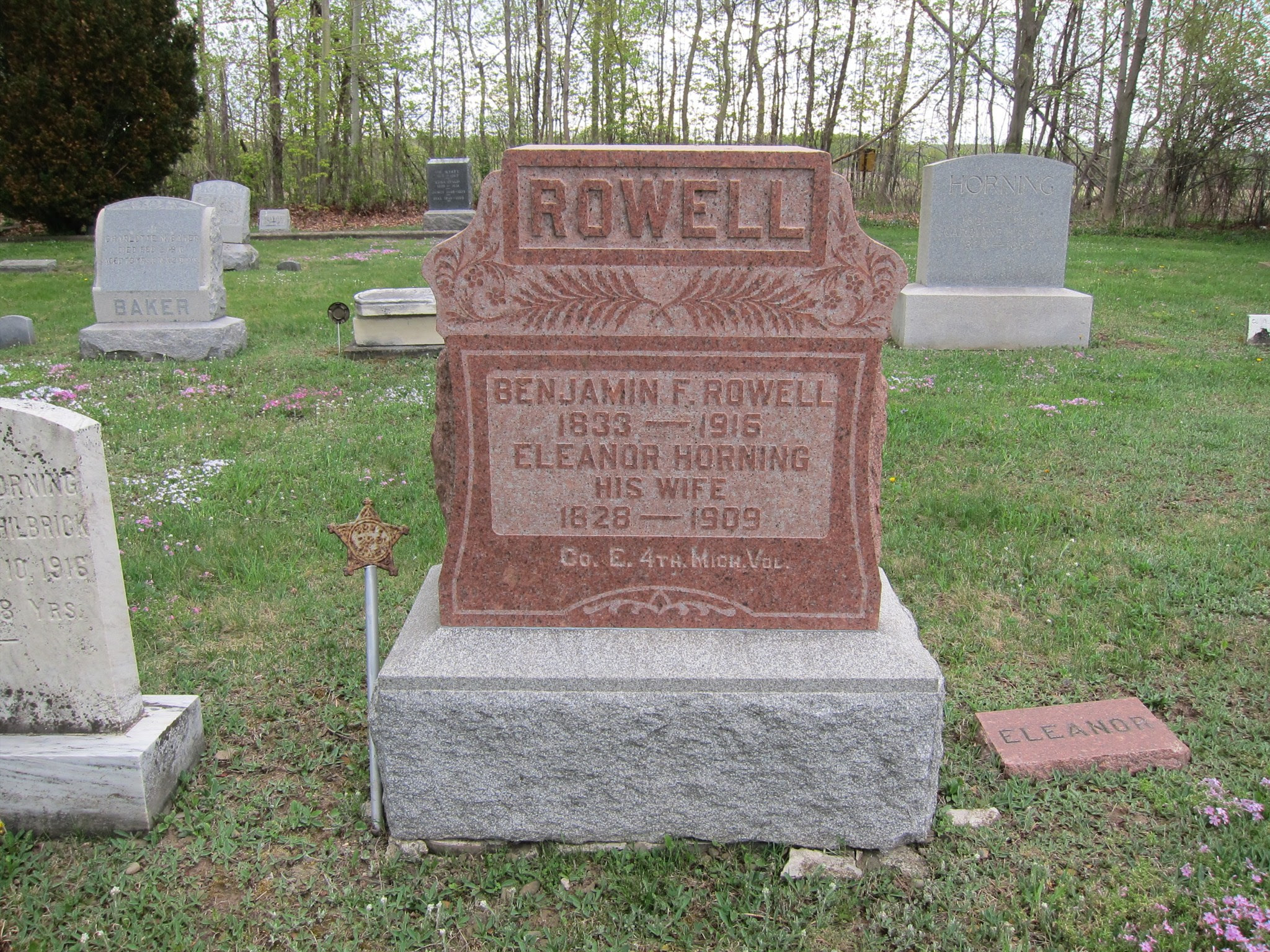 in the cemetery there you can find among the dead BENJAMIN F. ROWELL, company E 4th michigan volunteers.

i think his stone caught my eye because it is by far not the most ostentatious in the cemetery, you can tell a lot about how people perceived their own social importance by their headstones relative to those of their contemporaries.

this one is the only big red granite one in the place and i think it made me sad that his wife eleanor gets such a small afterthought of a marker. it matters less that she gets named on his headstone because many prominent men list their wives as property without giving much thought to these women as full persons, worthy of maybe the same headstone or the same kind of headstone and maybe the guy
wasn't so much of a pompous blowhard in life, but he made sure to have his military affiliation listed. 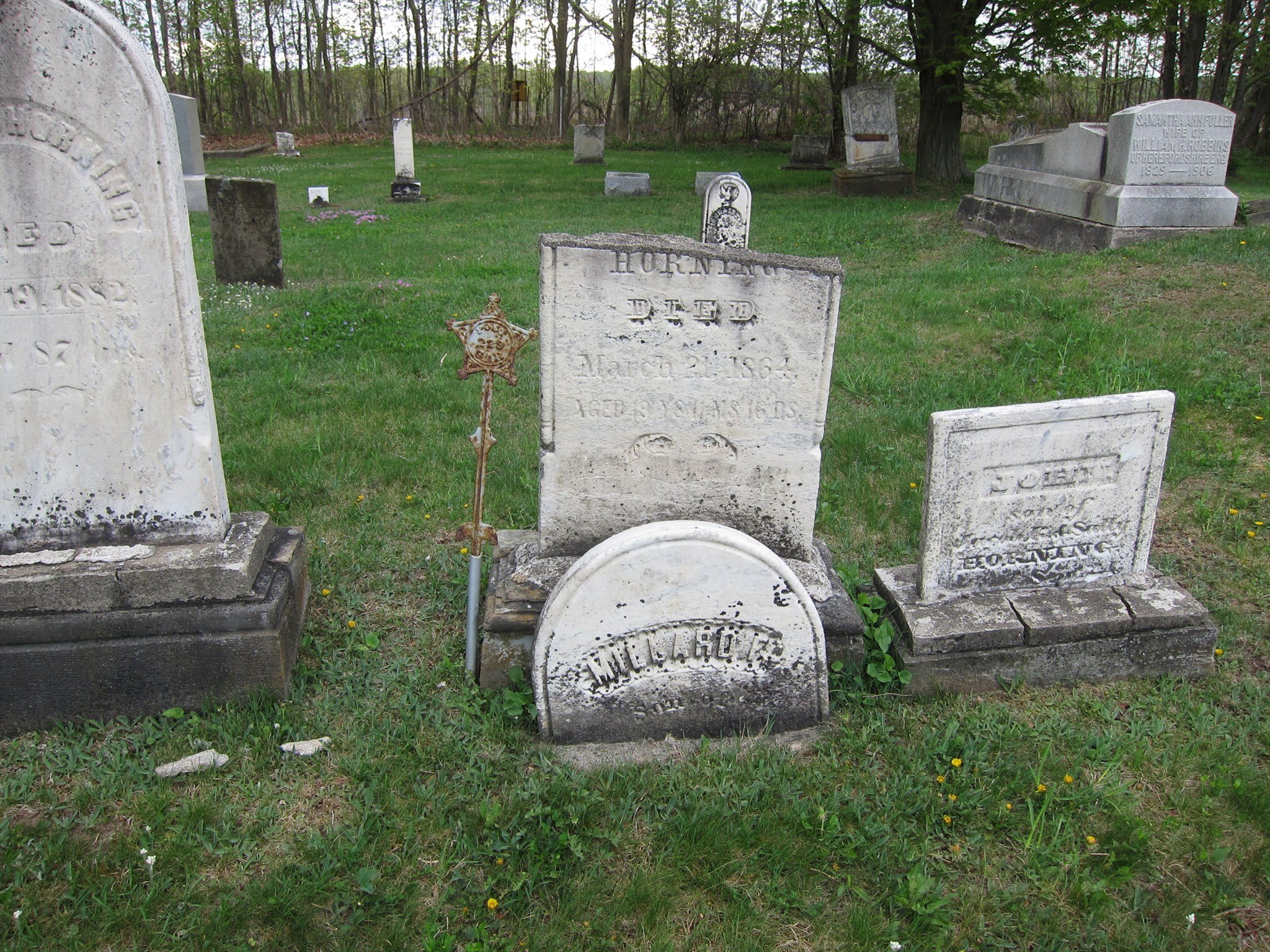 it is common on gravestones of this era to list the exact lifespan of the deceased only in the especially old and the especially young. this young man (probably buried by his parents) has his full number of days on the headstone, but even though he has a GAR star, there is no mention of his service in the 2d ny mounted rifles.

because his date of death is given as 21 march 1864, he probably died of disease in camp. the 2d new york mounted rifles had their first battle at spotsylvania courthouse in may. 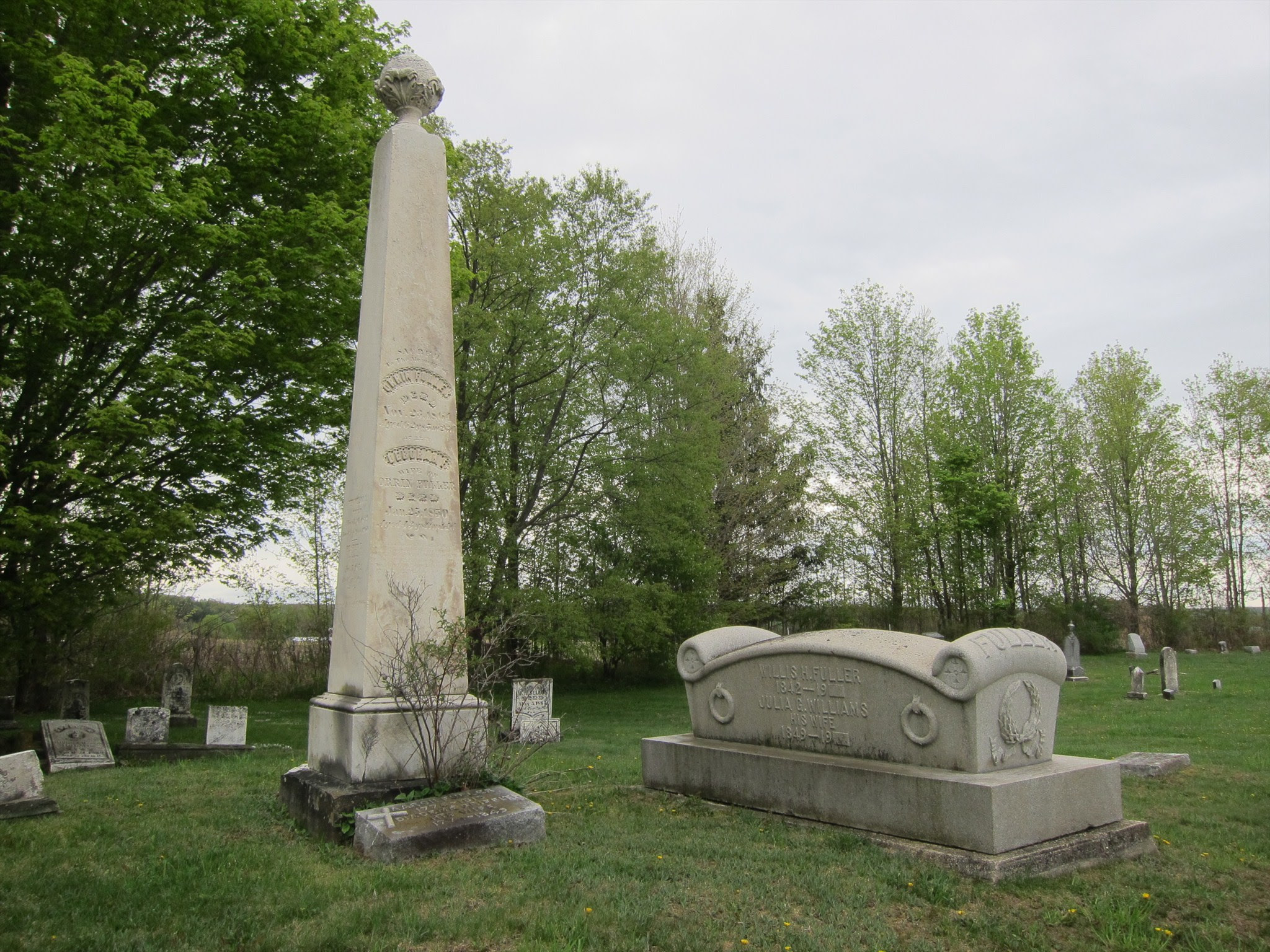 the fullers and the griffiths have very grand, expensive monuments. the griffiths even have an ornate fence to set themselves apart. 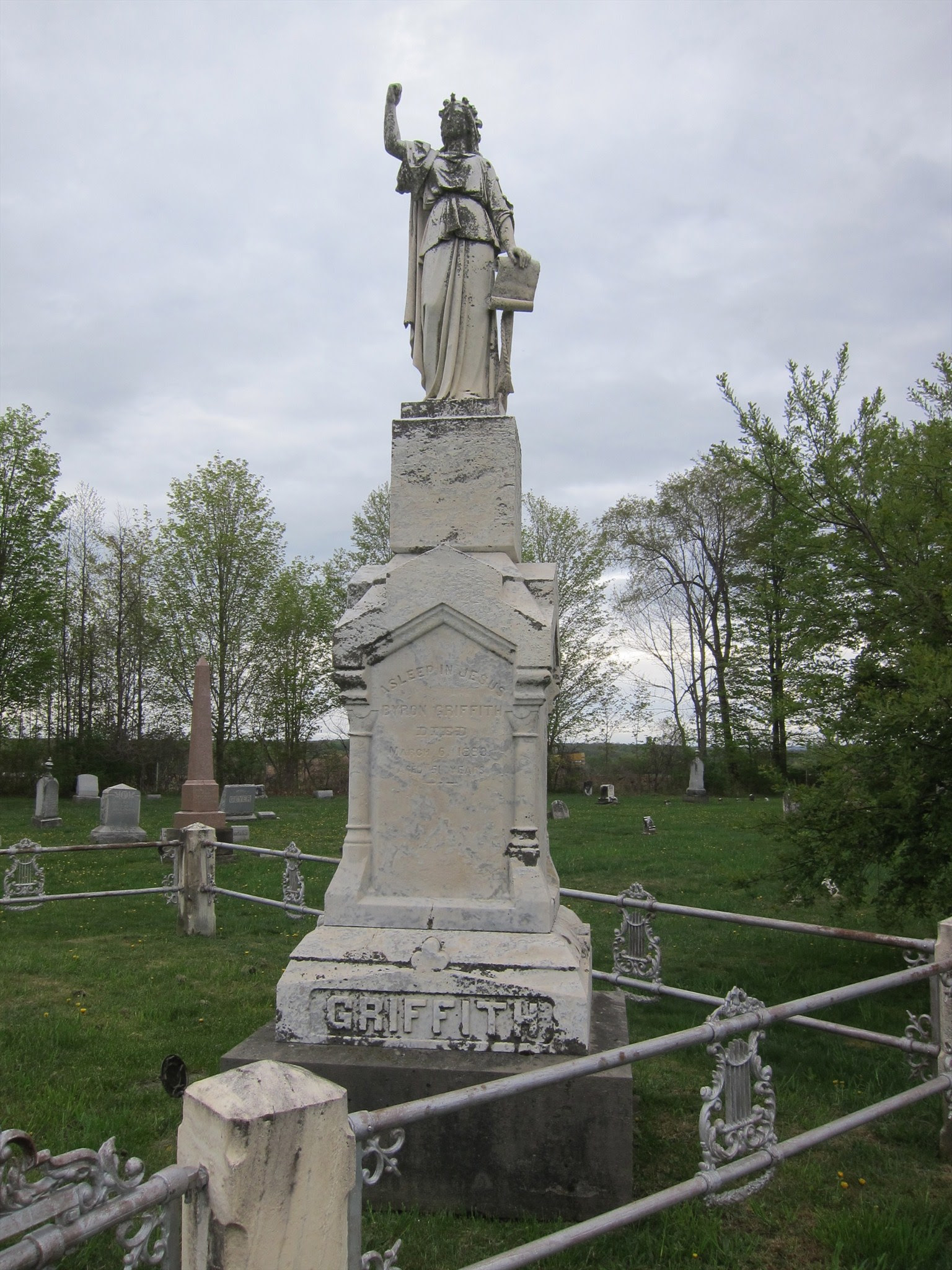 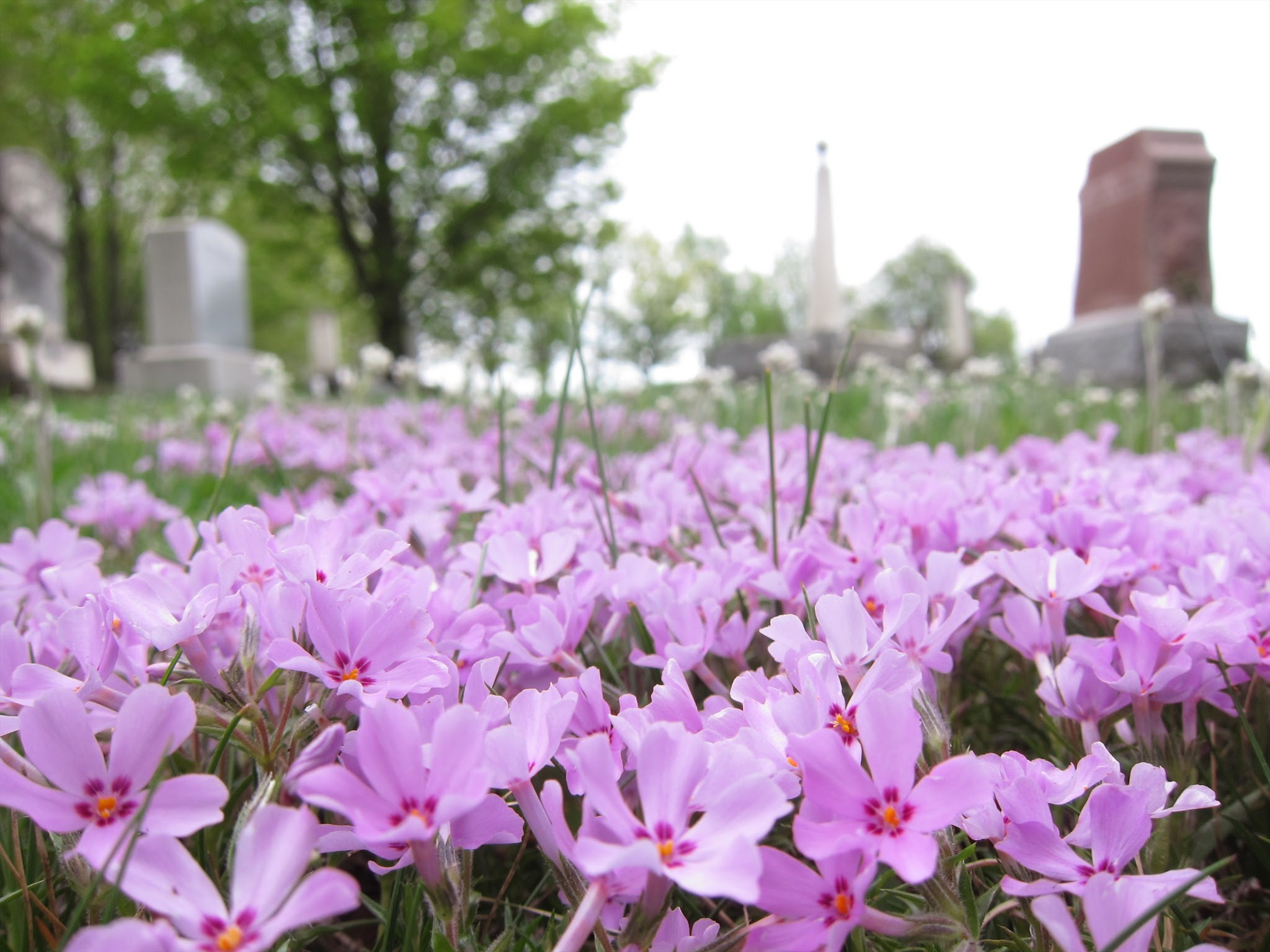 but here in this field,
doctor and dandy,
champion and child
you are all dead the same
under flowers pink and wild.
Posted by flask at 07:00