i know i keep threatening to write about the brownies, but then i never do.

for a long time i didn't cook. i still rode bikes, but didn't cook, didn't write, didn't make art. for a year i even ate cold cereal and make sure to drink balanced vitamin waters, which i figured at least would between the two sources get me enough basic nutrients to keep me going.

and then i started writing and making art and in general picking up again with the activities of life and i've started to cook again. sure, i still eat some cold cereal and i still eat some frozen dinners (the intermediary stage was one of frozen dinners), but now i scan cooking blogs for recipes that i don't think i can live without.

and i found an awesome looking recipe for mascarpone brownies.

now, for me, "awesome" in a recipe has has four factors:
an additional factor working in favor of "awesome" is that it keeps for a long time, or freezes well.

now, when i saw this recipe, i had no idea what mascarpone is, so i looked it up. on my next trip to the grocery store, i looked for it in the cheese aisle, but then (no big surprise, really) i had to look up what acceptable substitutes might be. 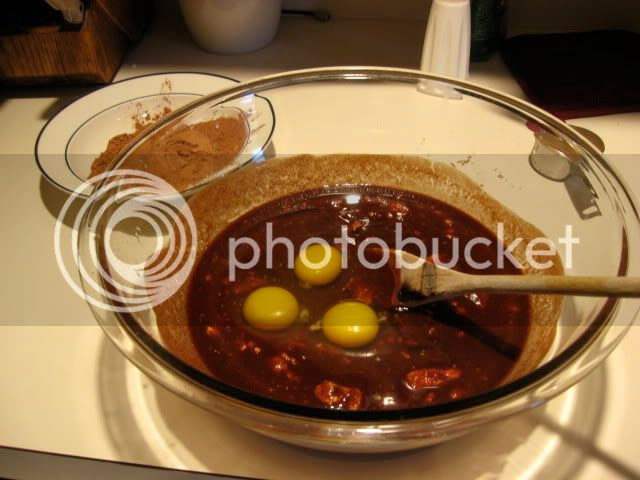 i went with good cream cheese, figuring that if it's a truly awesome recipe it will come out pretty good and later on if i like i can worry about more complex solutions.

it is, as promised, an easy recipe to make. and not only do the brownies freeze well for later consumption as the recipe tells us, but in my opinion they are BEST consumed directly out of the freezer, which makes them the perfect make-ahead dessert for when you want to watch your unexpected guests' eyes roll back in their heads from the goodness of it.

i've made them four or five times and i think i'm just always going to keep several packages of them in the freezer. they are that good.
Posted by flask at 10:11